Florida businesses have a message for legislative leaders: It’s time to finally pass the Florida Competitive Workforce Act (FCWA) during the 2018 legislative session.

Today, 18 leaders of the Florida Competes coalition released a letter to Senate President Joe Negron and House Speaker Richard Corcoran urging them to make the FCWA a priority when lawmakers reconvene in Tallahassee at the beginning of next year. 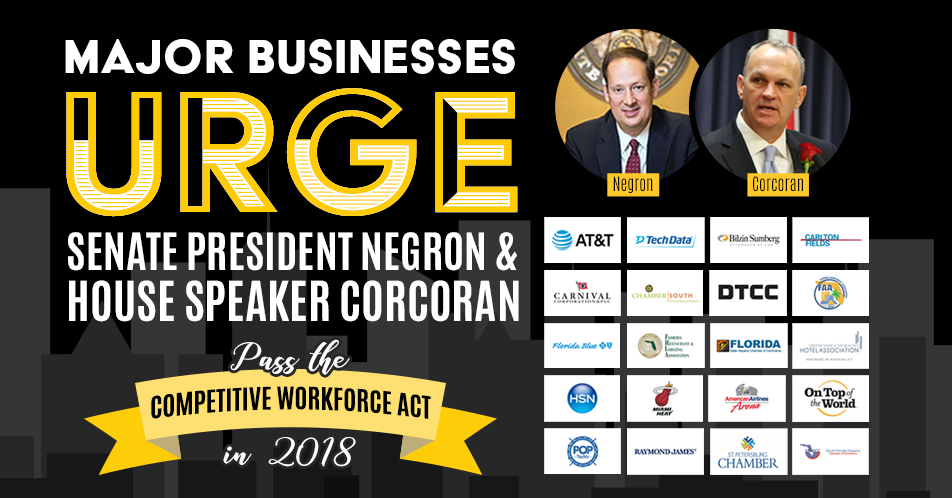 Florida businesses are coalescing around the FCWA because they know that the state’s economy is stronger when all LGBT Floridians are protected under state law from discrimination in employment, housing and public accommodations—sending a message that the Sunshine State’s welcome mat is out to all.

The fact is, discrimination is hurting the Florida workforce, according to a 2015 Florida Chamber of Commerce-sponsored study, Florida employers were losing $362 million annually in productivity and turnover due to discriminatory practices. A recent Associated Press analysis also estimated that North Carolina will lose $3.76 billion over the next 12 years due to the state’s limited LGBT protections. 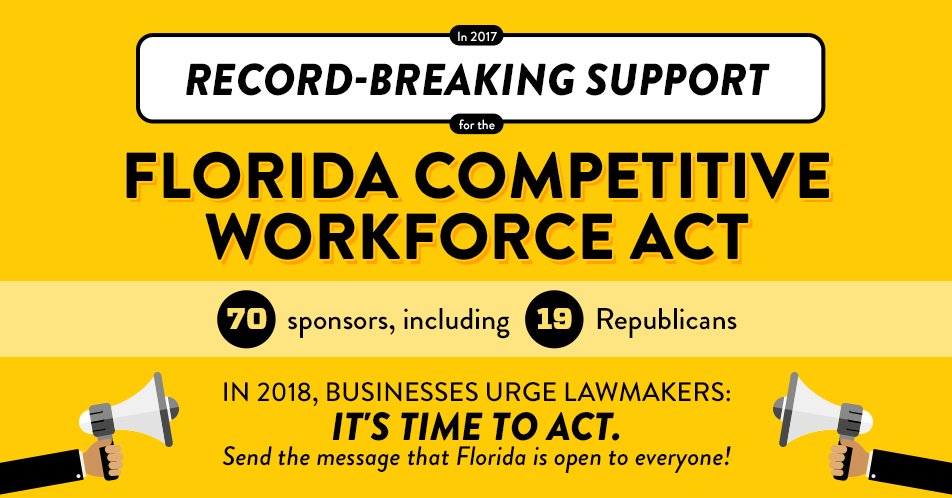 Many lawmakers are getting the message. Last year, a record-breaking 70 legislators (or 44 percent of the members in both chambers) including Republicans and Democrats, united to cosponsor the FCWA. But despite this record support from rank-and-file members, leaders in the House and Senate have declined to let either the House or Senate bill advance through the legislative process. That was the purpose of today’s letter from the state’s top companies—to spur legislative leaders to action.

And it’s not just lawmakers who are clamoring to have the FCWA taken seriously at the State House. Florida residents strongly support protecting LGBT people from discrimination as well. Currently, 12 counties and 30 municipalities—representing 60 percent of Florida’s population—have already passed local ordinances banning discrimination.

But this patchwork of protections is not enough. Legislative leaders must stand alongside the business community in the coming year to modernize state law to ensure that all hardworking Floridians are protected from discrimination in housing, employment and public places like restaurants and retail stores.

If you’re a Florida business owner and you agree, join the Florida Competes coalition.