A growing number of Republican legislators have signed on as supporters of HB 347 / SB 66, also known as the Florida Competitive Workforce Act (FCWA), which would update the 1992 Florida Civil Rights Act to include protections for sexual orientation and gender identity.

Currently, 18 Republicans have added their names to the list of supporters. Overall, 40% of the entire state legislature has signed on supporting the legislation, 56% of whom are freshman members. 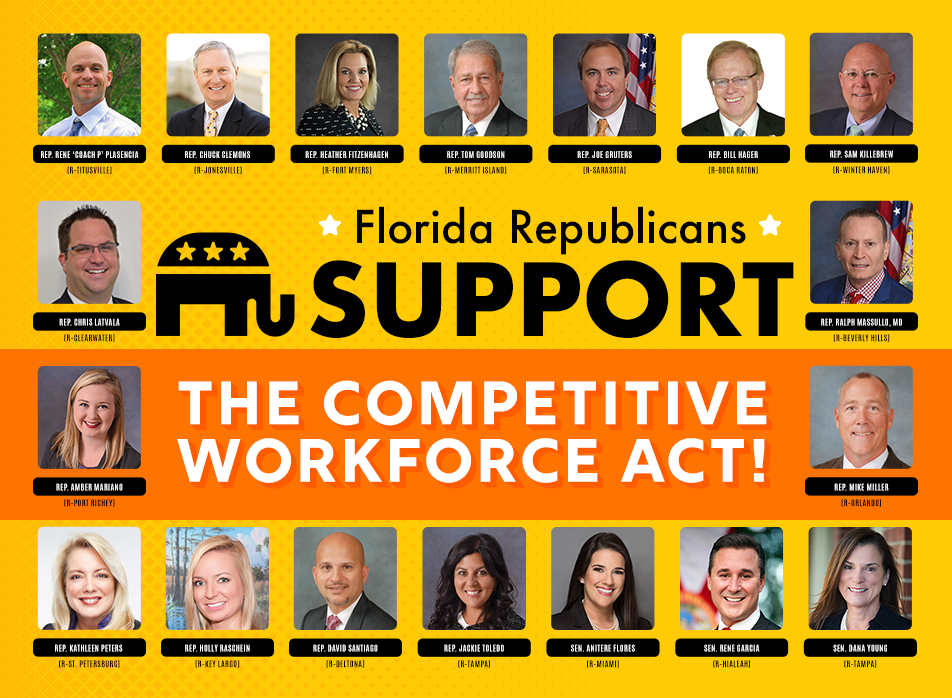 “The strong bipartisan support of the Florida Competitive Workforce Act shows that the issue is not only good public policy, but it is the right thing to do,” said Rep. Joe Gruters (R-Sarasota). “It sends a strong message to businesses who are looking to expand in, or relocate to Florida, that their employees will be afforded the same basic rights.”

The support of legislators on both sides of the aisle clearly shows that growing our economy are not partisan issues, they are Florida values. Passing the FCWA would help our state be more competitive in the national and international job markets, as well as help attract and retain the best in workforce talent. With Miami as a finalist for Amazon’s second world headquarters, it is important to pass the FCWA as soon as possible to show the company that the Sunshine State aligns with their values of inclusion and diversity, and thereby could stand to benefit from an initial investment of up to $5 billion.

“Today’s marketplace demands we provide an environment in which to attract the best and brightest to our state,” states Rene Plasencia (R-St. Cloud). “This powerful bipartisan effort clearly demonstrates the desire to have the Florida Competitive Workforce Act be heard in both House and Senate committees of reference and we urge leadership to calendar HB 347/SB 66 as soon as possible.”

To view all members of the Florida Competes Business Coalition, click here.