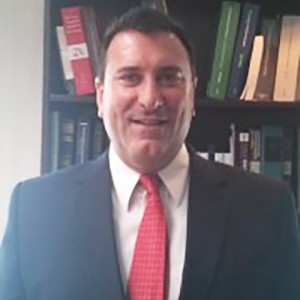 This year, the LGBT community made history when the Florida Legislature held a hearing — for the first time ever — on the Florida Competitive Workforce Act (FCWA). The bill confronts discrimination against LGBT individuals in the Sunshine State and saw incredible momentum, with support from an unprecedented number of businesses, and with several Republican lawmakers co-sponsoring the legislation for the first time. The bill did not advance following the hearing — but we’ve made tremendous progress, in 2017 we’ll be pushing for these critical non-discrimination protections more than ever.

Discrimination against the LGBT community exists and is a real problem in Florida, where there are no explicit statewide protections based on sexual orientation and gender identity. Almost half of Floridians live in cities or counties where they can be denied a job or turned away from a business just because of who they are. The Florida Competitive Workforce Act would not only protect all LGBT workers from discrimination, it would help bring economic opportunity to our state, a fact demonstrated in September 2016 when the Atlantic Coast Conference decided to bring its football championship game to Orlando and explicitly cited the city’s local non-discrimination ordinance as one reason why.

Anthony Falzon is an employment attorney in Miami-Dade County who regularly represents clients who have experienced discrimination based on their sexual orientation and gender identity. We spoke with Anthony about his experience as an attorney in this field and his hopes for the passage of the Florida Competitive Workforce Act.

Can you describe the clients who come to you for help?

I see clients from across the social spectrum, from people who are in hourly positions to executives in large companies. They all have one thing in common — they lose their job and their livelihood because of who they are or who they love. Some cases are egregious. One man was referred to me from Collier County, and he had experienced blatant discrimination because he is gay. He worked at a travel agency, and when his boss found out about his long-term male partner, he proceeded to make his life miserable. His boss eventually fired him, and there was absolutely nothing I could do for him because of the lack of protections based on sexual orientation in Collier County.

Do you find it is more difficult to represent clients who have experienced discrimination because of their sexual orientation or gender identity?

I would say it is neither more difficult or less difficult. All discrimination complaints are very difficult to prove, whether a person is experiencing discrimination because of their race, sex, age, or sexual orientation. These cases all require the same analysis, and if the state provided uniform protections for gay and transgender Floridians, these complaints would be filed within the same framework.

“[My clients] all have one thing in common: they lose their job and their livelihood because of who they are or who they love.” – Anthony Falzon

This is not a special framework, nor are these special rights. A statewide law would simply give people legal recourse who have no other way of seeking relief from this sort of life-altering discrimination.

One argument from opponents of the FCWA is that LGBT people are already protected at the federal level. What would you say about that?

It is absolutely untrue that gay and transgender people are already protected from employment discrimination at a federal level. The EEOC and other federal agencies are in the early stages of applying sex discrimination protections to the LGBT community, but that practice is subjective and is far from being widely accepted. A statewide law would not only give real teeth to these federal guidelines, it would also provide a crucial educational opportunity for employers. A lot of employers are not aware that there are local protections in parts of our state. When our legislators pass a statewide law protecting gay and transgender people from discrimination, it will make it very clear that discrimination is wrong — and that, furthermore, discrimination is illegal, not just a matter of moral choice.

You’ve said these discrimination complaints can be really difficult to prove. Why do you continue to represent clients like these?

Well, I do this for a few reasons. I’m a gay man, and this is certainly a social commitment for me. There’s an activism component. I care about what happens to these people who have lost their ability to provide for themselves and their families. And the reality is there are not gay employment lawyers in every county in this state. LGBT people should be able to go to any employment lawyer in any city or county to get advice and representation on a level playing field just like every other person who is discriminated against.

The Florida Competitive Workforce Act  is not about special rights. There is nothing special about a level playing field, but there is something very special about having no remedy for unacceptable discrimination. I’m proud to be part of providing that remedy, and I hope that our legislators move the badly needed Florida Competitive Workforce Act forward.