This week, the annual Corporate Equality Index was released ranking businesses on their LGBT-inclusive policies, benefits and practices. 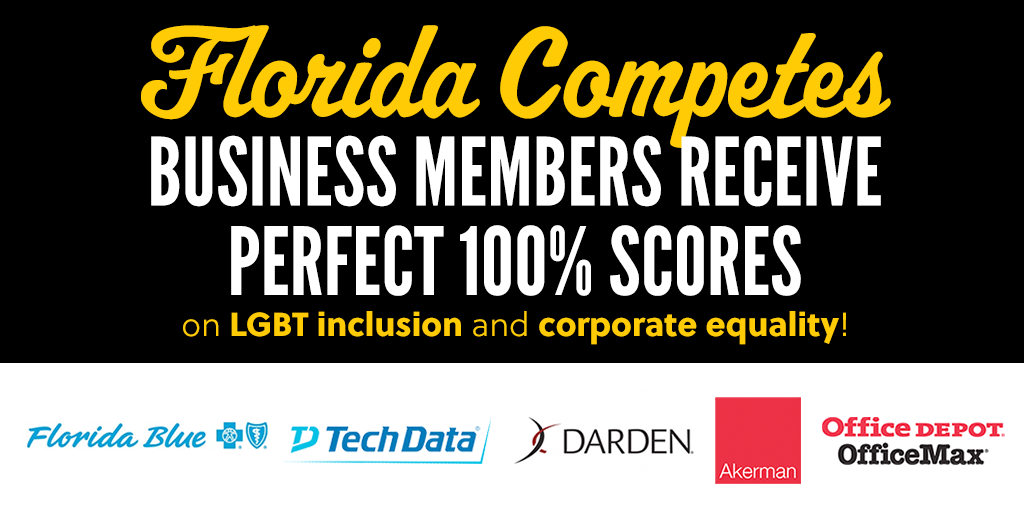 According to the Human Rights Campaign, which conducts the annual report, the 2017 report saw “the largest jump in top-rated businesses in a single year in the entire history of the CEI.”

The report considers criteria such as LGBT-inclusive non-discrimination policies, healthcare policies, trainings, and other guidelines.

For many businesses these policies aren’t just the right thing to do—they create a competitive economic advantage.

John Tonnison, Vice President and CIO of Tech Data Corp—ranked as one of the “Best Places to Work for LGBT Equality”—calls LGBT-inclusive policies “prerequisite” for their company to compete in the global marketplace. Now, the company is at the frontlines of the movement to pass statewide LGBT non-discrimination protections, to bring all of Florida in-line with business best practices.

In addition to an impressive jump among top-rated businesses, the 2017 CEI showed remarkable progress in the wide-scale adoption of transgender-inclusive policies. Now, a full 82% of Fortune 500 companies, and 96% of all CEI ranked businesses have policies to protect transgender employees from discrimination.

The movement for statewide #LGBT non-discrimination protections in #FL is stronger thanks to @FLBlue‘s commitment: https://t.co/KCd5nQawIb pic.twitter.com/4HJhuz6YcK

The CEI is a useful tool for ensuring all hardworking Floridians are treated fairly and equally at work, regardless of their gender identity. But ultimately, because Florida lacks statewide protections, many LGBT employees are not protected from discrimination once they leave the office. This is a deterrent for businesses seeking to invest and expand their companies. And in the war for talent, Florida’s lack of comprehensive protections puts it at a disadvantage.

This year, lawmakers should invest in Florida’s reputation as an open and welcoming place to do business, and advance legislation to ensure comprehensive, statewide LGBT non-discrimination protections.