Florida Competes: The New Face of Businesses for LGBT Non-discrimination 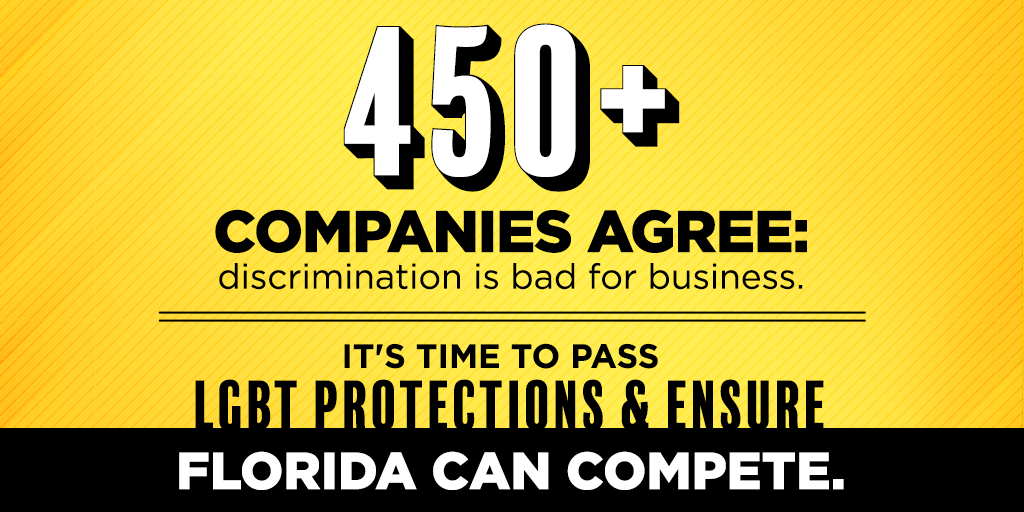 Businesses know that in order to compete in a global market, Florida needs policies in place that attract investors and top talent. That’s why 450+ businesses—from Fortune 500s to local mom-and-pops—have joined the Florida Competes coalition, formerly known as Florida Businesses for a Competitive Workforce, in support of updating our state’s non-discrimination laws to include protections on the basis of sexual orientation and gender identity.

LGBT non-discrimination policies have become best practice in corporate America. A full 82 percent of Fortune 500s have explicit policies prohibiting discrimination on the basis of sexual orientation and gender identity, according to a recent report.

Increasingly, laws that reflect these policies are prerequisite for investors. And states that are viewed as condoning anti-LGBT discrimination are being passed over.

Florida benefitted from the fallout when the ACC relocated its football championship game to Orlando—a city with LGBT non-discrimination protections.

The Sunshine State has one of the fastest growing economies in the nation—but in order to continue competing in an increasingly global market, statewide LGBT non-discrimination protections aren’t negotiable.

If you are a small business owner, learn more about the Florida Competes business coalition and join here.