Florida’s business community is celebrating today the election of lawmakers who supported LGBT non-discrimination legislation that would buoy our state’s reputation as a great place for economic investment. 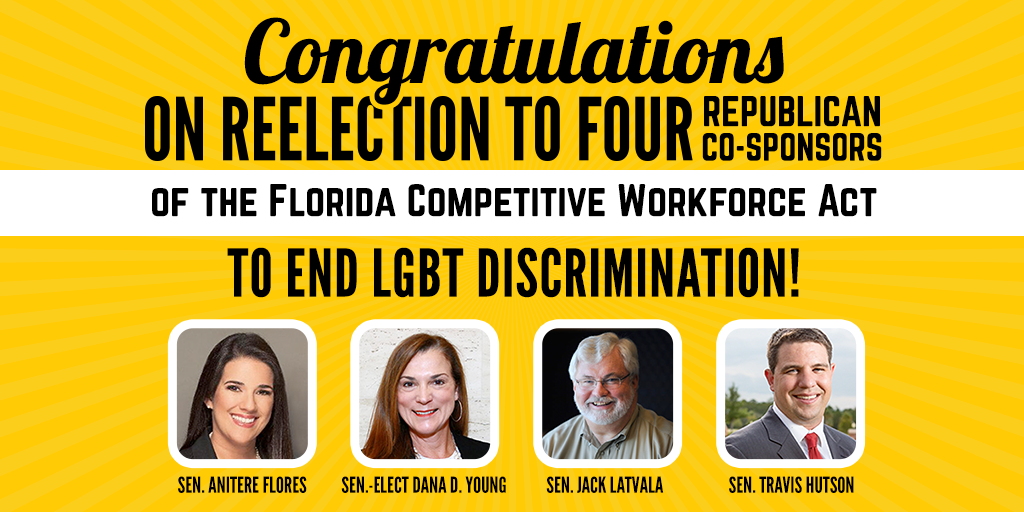 In fact, today’s victory for co-sponsors of the FCWA reflects the results of a 2013 survey of likely voters, which showed 56 percent of Floridians would be more likely to vote for a lawmaker who supported adding sexual orientation and gender identity to Florida’s anti-discrimination laws.

Tuesday’s vote makes it clearer than ever that Floridians are firmly behind efforts to enact these protections that are so important to keeping our state’s economy vibrant and competitive. LGBT non-discrimination laws are key to our ability to draw the best and brightest workers as well as investment from some of the world’s largest companies—84-percent of whom have such protections on the books already.

Businesses are excited to continue to work side-by-side with a bipartisan coalition of legislators to pass non-discrimination protections that ensure Florida will continue to compete as one of the number 1 places to do business.