Rolling Out The Welcome Mat To Everyone in Little Havana

Suzanne Batlle, owner of Azucar Ice Cream, is one of many business owners on the famous Calle Ocho (8th Street) who’s lending her support to the Florida Competitive Workforce Act. The bill would add sexual orientation and gender identity to Florida’s existing non-discrimination laws, something Suzanne says will help Florida businesses bring in new customers — especially the many businesses who rely on tourism. 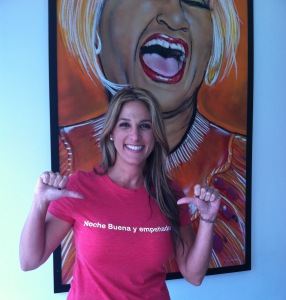 “As a business owner in an area known for its warmth in welcoming visitors, I support policies that create the best possible environment for businesses to succeed,” said Batlle. “If we really want to attract more tourists and businesses to Florida, we have to roll out the welcome mat to everyone. Passing the Competitive Workforce is one way we can show business owners and visitors that we really do want them to build here, grow here and visit here.”

Miami-Dade County knows from experience that LGBT-inclusive non-discrimination protections can be an economic boon. In December 2014 Miami-Dade County passed an updated Human Rights Ordinance and became the 28th municipality in Florida to offer fully inclusive protections. As a result, more than half of Floridians currently live in areas that offer protections for the LGBT community.

However, this still leaves Florida’s employers with an inconsistent set of rules to run their businesses by, in addition to the obvious fact that the other half of Floridians are still vulnerable to being fired because of their sexual orientation or gender identity. This issue is so important to promoting economic growth in Florida — especially in Miami.

That’s why Florida Competes exists. We’re a coalition of some of the state’s top employers including the Miami HEAT, AmericanAirlines Arena and Bilzen Sumberg who believe that passing these protections statewide is a sound business strategy and will draw the best and the brightest workforce to our state.