Mid-Session Update: Time for Record-Breaking, Bipartisan Support to Translate into Action for the FCWA

At the halfway point of the 2019 legislative session, the Florida Competitive Workforce Act has cleared a major legislative milestone, and yet we’ve still seen no movement on this much-needed legislation.

Just last week the pair of bills that would update Florida law to ensure LGBT Floridians are protected from discrimination—SB 430 and HB 485—crossed the 70 co-sponsor threshold, a new record. The current co-sponsor count is 73, with Republican Representatives Chip LaMarca (R-Lighthouse Point) and Ana Maria Rodriguez (R-Doral) putting it over the threshold. 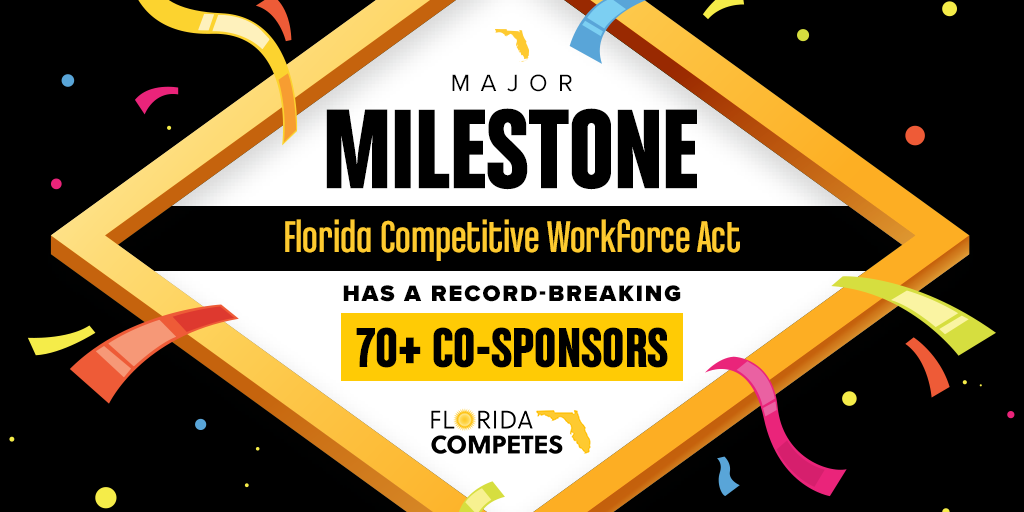 There are other signs of momentum for LGBT nondiscrimination generally and the FCWA specifically. In mid-March, the FCWA took the title of the bill with the most co-sponsors during the 2019 session, though it’s since been overtaken.

Also in March the Public Religion Research Institute—a nonprofit, nonpartisan organization that conducts research at the intersection of policy and religion—released new research showing that a 68 percent supermajority of Floridians want the law to protect their LGBT neighbors from discrimination in housing, employment and public places, which the FCWA would do. These new findings complement November 2018 research from Small Business Majority that found “69 percent of small business owners in Florida believe business owners should not be permitted to deny goods or services to LGBT persons based on an owner’s religious beliefs.”

And at the beginning of the year, Florida Department of Agriculture and Consumer Services (DOACS) Commissioner Nikki Fried announced she would go beyond the 1992 Civil Rights Act to protect her department’s 4,000 employees from discrimination based on their gender identity or sexual orientation. The FCWA would extend the protections of the 1992 Civil Rights Act to all LGBT Floridians and visitors. 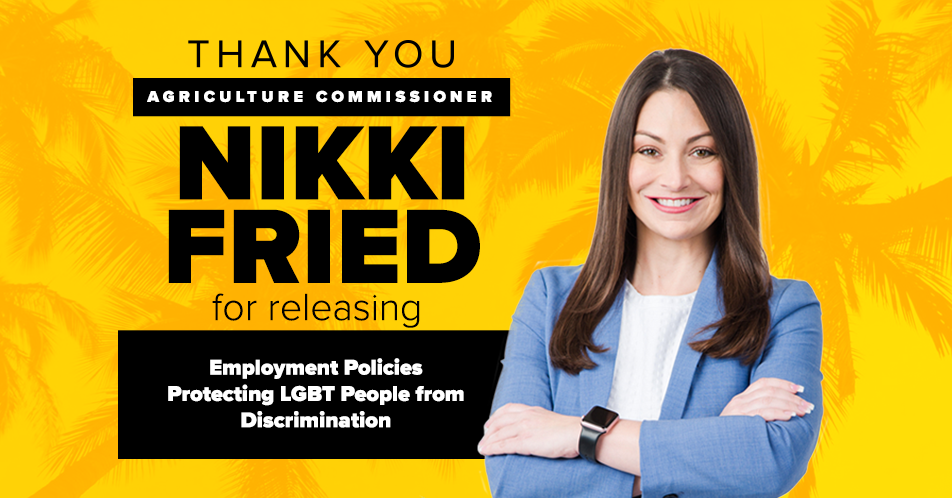 However, despite this momentum from lawmakers the FCWA has not secured the support among legislative leadership that it needs to move.

But while the state has failed to update Florida’s nondiscrimination laws to protect LGBT people from discrimination, 12 counties and 30 municipalities—covering 60 percent of Florida’s population—have passed local laws that grant these protections. However, these still create a patchwork where employees and their families could be subjected to discrimination if they live in a neighboring city or county from their workplace without a local HRO.

Now, lawmakers need to take action to ensure employees, customers and their families are protected in all workplaces and in all communities by passing the FCWA.