For GOP Westchester Council Member, Supporting the FCWA Is About Individual Liberty

Mimi Planas lives in Miami with her wife, her eight year-old son and her 88 year-old mother.

As a Republican, she believes strongly that no one should be fired from their job for their sexual orientation or gender identity. That’s why, she says, Florida needs the Florida Competitive Workforce Act, which would amend the state’s civil rights laws to prohibit discrimination based on sexual orientation and gender identity or expression in employment, housing and public accommodations.

“To me, being a Republican is about individual liberty and personal freedom, and that means people must be allowed to be themselves and to love who they love,” Mimi says.

And she’s not the only one. There’s also Republican State Senator Anitere Flores and the three other GOP co-sponsors of the FCWA. Flores has already committed to sponsoring the legislation again in 2017 and was among the group of 5 Senators who voted — unsuccessfully — to advance the FCWA out of the Senate Judiciary committee in 2016. 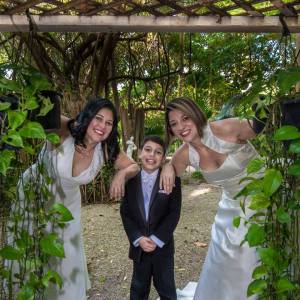 Mimi is a Council Woman on the Westchester Community Council and President of the Log Cabin Republicans of Miami as well as Committeewoman for the Miami Dade Republican Executive Committee. She is very active in her party and her community, works hard and is grateful that she’s never experienced any profession discrimination because of who she is, or who she loves.

“I’ve been lucky; I’ve work hard all my life and all my bosses have always respected me for the job I have done, and I have been treated fairly despite them knowing that I am gay. That’s what I want for everyone. If you work hard and you’re good at your job, that’s what matters,” Mimi said.

Without the FCWA, however, that might not be the case for everyone. Some municipalities in Florida have local laws that prohibit this kind of discrimination — but many don’t, leaving LGBT people open to employment discrimination. And while Mimi is fortunate enough to have never experienced this, it only took her a few seconds to think of someone she knew who have been discriminated against because of their sexual orientation.

“A good friend of mine, he and his partner have been together for many years. Recently, his employer found out who he was dating and he was terminated. Right now, there is no statewide law against that in Florida, and we need to change that,” she said.

Ultimately, for Mimi, it’s a simple issue. “Should you be fired because you’re LGBT?” she asked, “No! And most of the Republicans I know agree with that.”

“In America, people should be treated equally. Period.”

If you agree with Mimi— and all the rest of the supporters of Florida Competes — get involved with our coalition of business and community leaders who are working to pass the Florida Competitive Workforce Act in 2017.