Sheryl A. Dickey has run a successful consulting company in Ft. Lauderdale for nearly 20 years and she supports the Florida Competitive Workforce Act, which would amend Florida’s civil rights laws to prohibit discrimination based on sexual orientation and gender identity or expression in employment, housing and public accommodations.

“It matters to me because all businesses need to have the opportunity to hire all potential employees, of any gender, sexual orientation, race, ethnicity and people with disabilities,” Sheryl said, “It’s about attracting and keeping talented employees.” 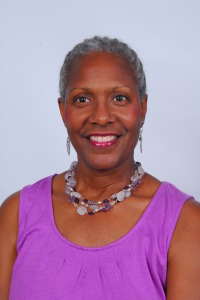 Unfortunately, Sheryl has heard stories from people — both employees and employers — about LGBT people who were wary of moving to Florida, since there are no statewide protections against discrimination.

“What matters to me, as a business owner, is can you do the job? Are you talented? That’s what essential, no matter who you are or what your background is,” Dickey said.

Currently, Sheryl employs six people and helps manage a lot of projects throughout her community and the state. As a business operating in communities across Florida, the FCWA would benefit her by making non-discrimination laws consistent. Right now, some communities in Florida protect local LGBT workers from discrimination,  but some don’t — and this can leave a lot of people open to discrimination, even if that’s not something Sheryl tolerates in her workplace.

Sheryl described the environment she’s built: “For us, it’s about professionalism, that’s number one. Ethics, integrity and being kind and civil to all people, that’s the environment I’ve fostered at my business, and it’s essential to us all working as a team.”

For Sheryl, her belief that no person should have to face discrimination is based in her own experience.

“As a black woman, I know what it’s like to be discriminated against. And I don’t want any person to go through that. I know lesbian, gay, bisexual and transgender people, and I know they’ve faced discrimination, too – I’ve heard their stories. We are all human beings, and none of use should have to face discrimination.”

Lawmakers are listening. Earlier this year, the state legislature held its first-ever hearing on the FCWA. And in October, State Senator Anitere Flores (R-Miami) — who stepped up to co-sponsor the FCWA during the next legislative session — indicated she would do the same in 2017.

“It’s that simple: It’s about treating people as human beings. No one has the right to judge anyone,” Sheryl said.

We’re very grateful for the support of business owners like Sheryl.