Today marks the end of the Florida legislative session, meaning it’s time to celebrate the progress we made this year. 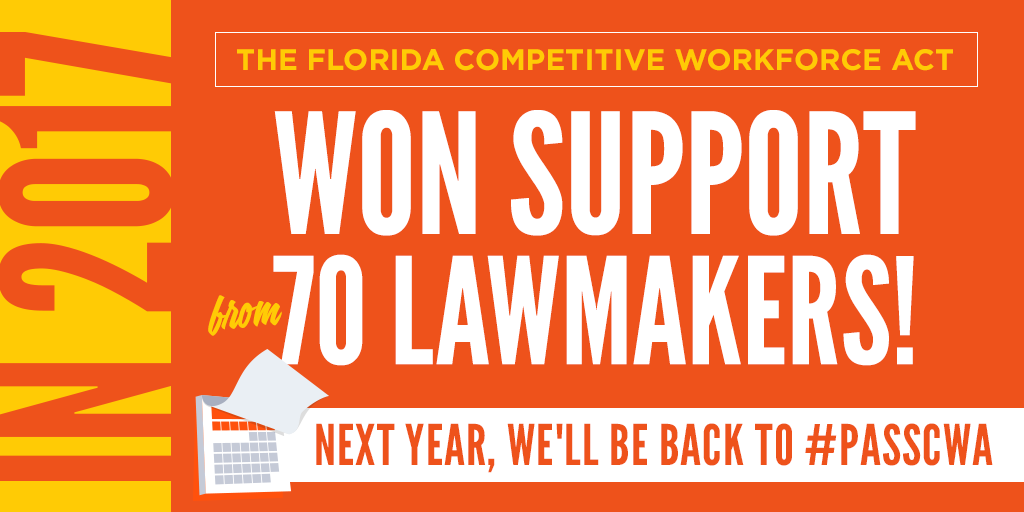 The most exciting development for LGBT equality in the Sunshine State this year is, undoubtedly, the record amount of public, business and legislative support for the Florida Competitive Workforce Act (FCWA).

This session, 70 lawmakers came out in support of the FCWA, which would ensure all hardworking LGBT Floridians are protected under state law from discrimination in employment, housing and public accommodations.

Those 70 lawmakers included Republican and Democratic lawmakers from both the House and Senate, who united behind the FCWA (known formally as SB 666 and HB 623) not only because protecting Floridians from discrimination is simply the right thing to do, but because Florida’s economy would benefit.

The FCWA’s sponsors, Sen. Jeff Clemens (D-Lake Worth) and Reps. Ben Diamond (D-St. Petersburg) and Rene Plasencia (R-Titusville), made this economic argument forcefully when they introduced the bills in February. 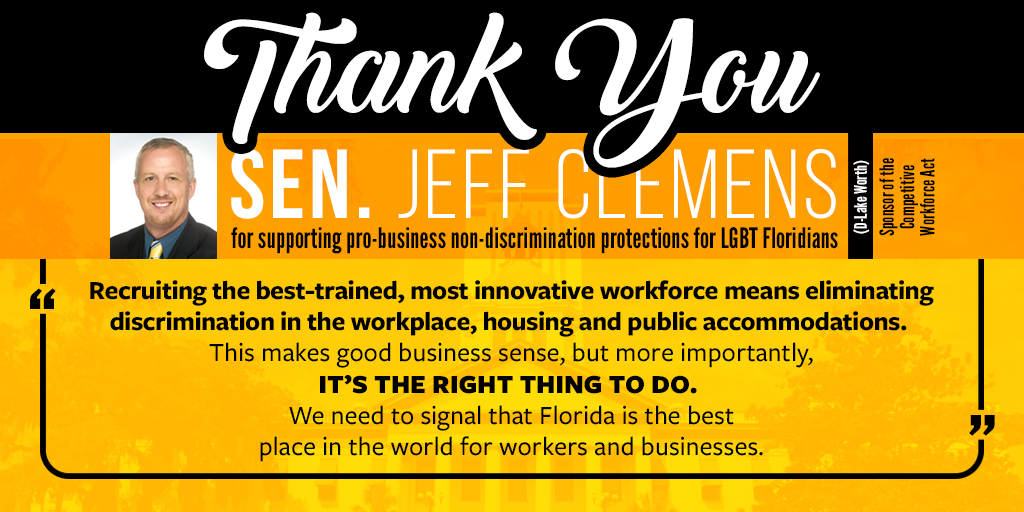 John Tonnison, who serves as the Executive Vice President and CIO of Florida-based Tech Data Corporation, and as the President of Florida Competes, has also highlighted the positive economic effects of the FCWA, saying that having these protections is crucial if Florida wants to compete for workers and business investment in a global market.

“Expanding nondiscrimination protections in the workplace improves morale, and in turn, increases productivity and retention of employees. But beyond the workplace, this legislation is important to let the international business community know that Florida respects equality, diversity and inclusion.” –John Tonnison, EVP & CIO, Tech Data Corporation

Legislative and business backers of the FCWA see this year’s bipartisan support, as well as the passage in Jacksonville of an LGBT-inclusive human rights ordinance, as signs of growing momentum and support for modernizing Florida’s  nondiscrimination laws to cover LGBT residents, workers, and visitors.

Both are good omens for the FCWA’s potential passage next session. In fact, the record bipartisan support we’ve seen this year makes Florida—whose statehouse is majority Republican—a sort of bellwether for how well LGBT nondiscrimination legislation will fare in other GOP-majority states.

The Florida legislature will reconvene next January. In the meantime, members of Florida Competes will keep pushing this bipartisan group of lawmakers to make passing LGBT nondiscrimination protections a top priority.

If you’re a Florida business owner who believes that Florida is a better place to do business when it’s open to everyone, click here to learn more about the FCWA and sign the Florida Competes pledge.